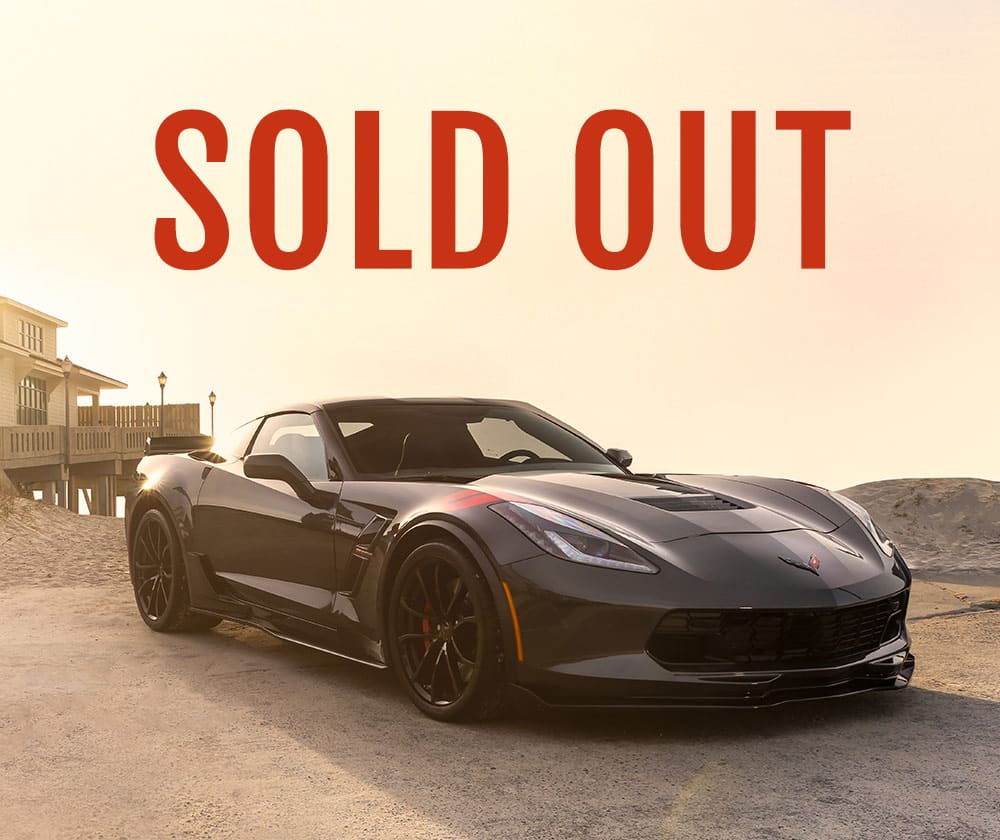 Corvette for a Cure

SOLD OUT! You did it again!

Thank you for raising $1 million to help kids fighting cancer.

Do you still want to win Jeff Gordon’s Corvette?

Click here to learn more about how you can support the Jeff Gordon Children’s Foundation.

Corvette for a Cure

You did it again! Thank you for raising $1 million to help kids fighting cancer. Do you still want to win Jeff Gordon’s Corvette? Sign up to receive updates about our 2020 giveaway.

Click here to learn more about how you can support the Jeff Gordon Children’s Foundation. 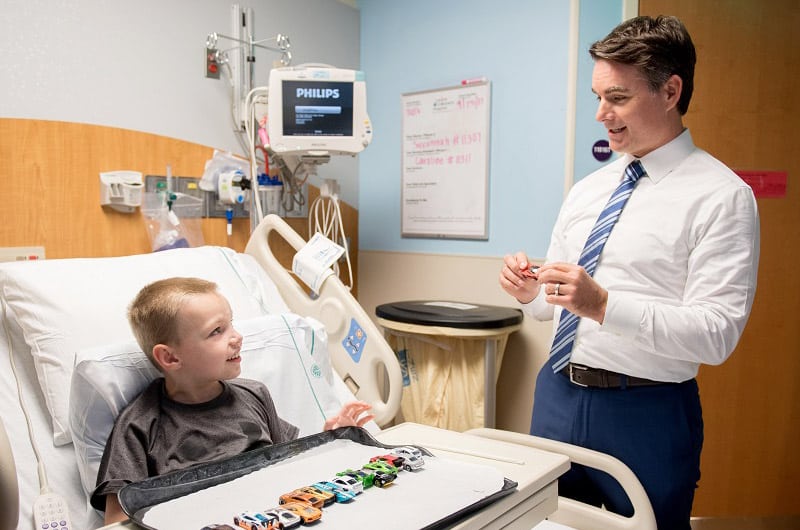 Learn about the Foundation

It pays to buy tickets early during the giveaway.

In 2019, the Jeff Gordon Children’s Foundation gave away $15,000 cash* in addition to the headlining Corvette. The chart below illustrates 2019’s entry periods — the earlier you purchase tickets, the more chances you have to win!

*Jeff Gordon personally donated his Corvette and $15,000 cash for this program. All federal taxes are paid on all prizes. Click here to download complete rules. 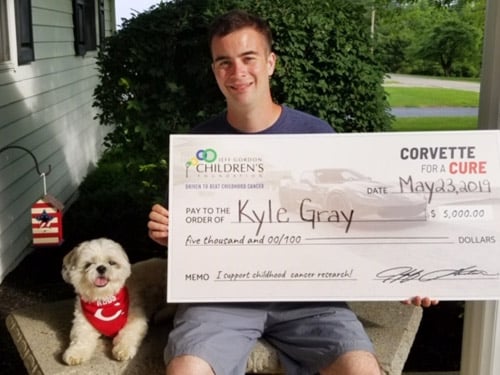 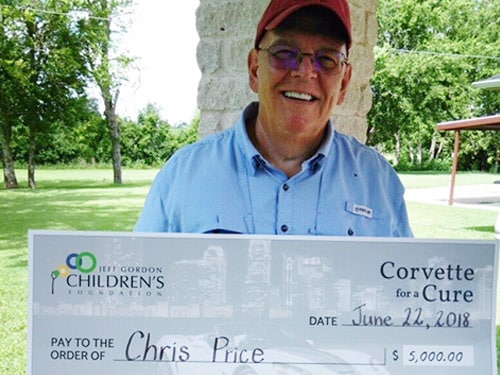 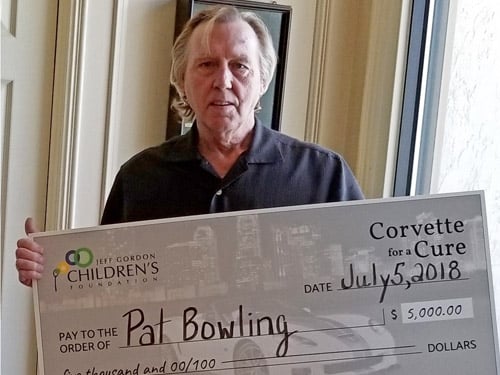 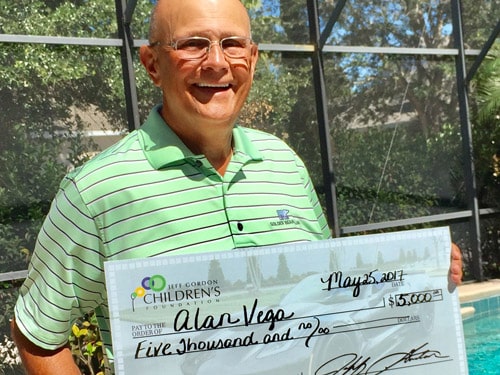 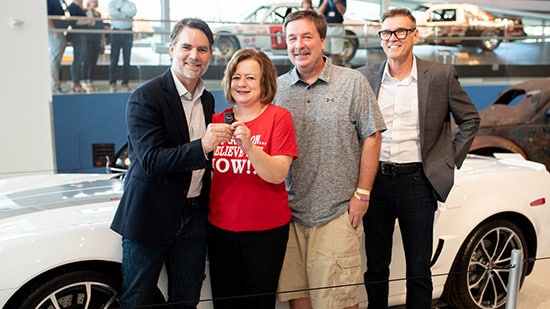 Kim from Fairfield, Ohio, received the surprise of her life when Jeff personally called to tell her she had won his Corvette. She was so surprised that she didn’t even believe it was him! Watch the call unfold in the above video. 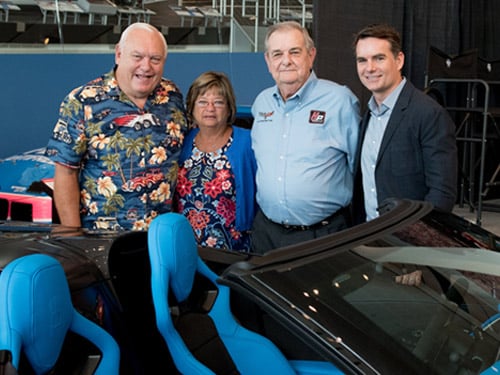 It took Joe Smith from Absecon, NJ, nine years of buying tickets to win Jeff’s Corvette but his persistence finally paid off! David Rightler of Crossville, TN, is a veteran and former employee of a competing auto manufacturer based in Detroit. 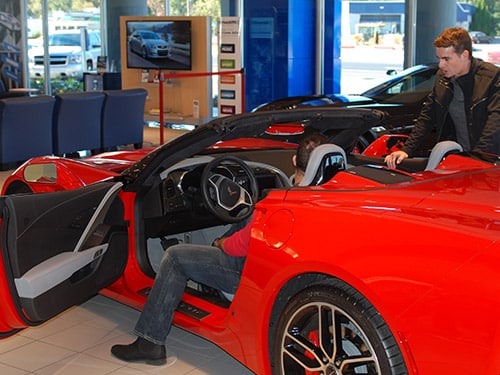 After winning his Corvette, Geovanni Bernardino of Bronx, NY, became one of the first monthly donors in JGCF’s Every Hour Counts program. 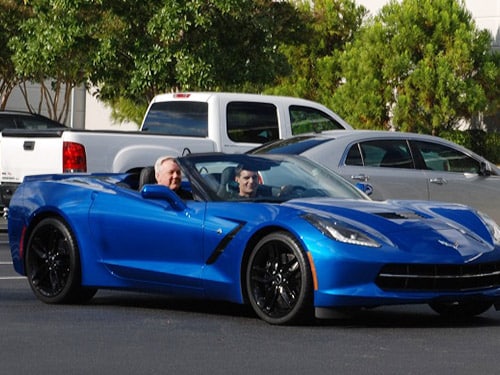 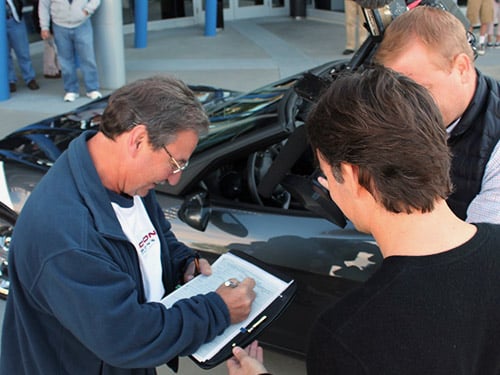 Paula Heath of Castroville, CA, and her husband brought freshly harvested artichokes when she came to pick up her new wheels. The winner of our only three-finalist drawing, Jay Nadal of Lakeland, FL, continues to be one of the biggest supporters of our Corvette program. The day before we announced Cindy McCotter from Matthews, NC, as our winner, her husband, Greg, had received his own cancer diagnosis. We’re very happy to report that Greg is doing well today! 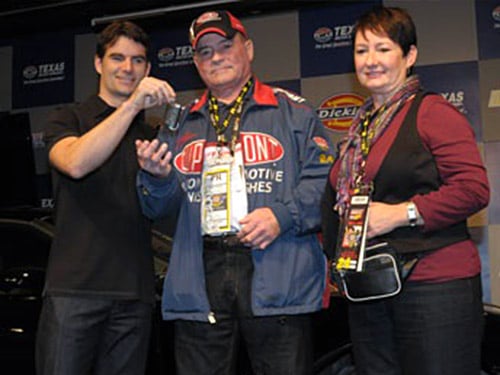 Buying a ticket to benefit children was a no-brainer for retired school teacher Richard Sivulich of Highland, IN. 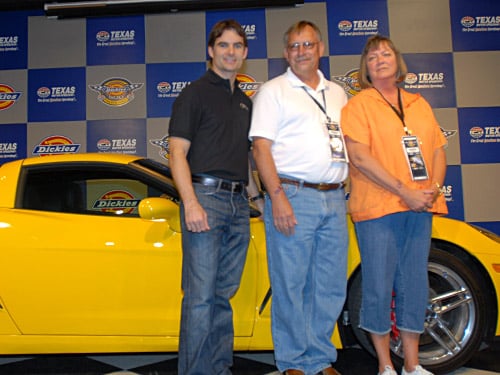 Tom Zacha from Shumway, IL, had always been active helping kids through his local Elks Club, so he was happy to support kids with cancer. 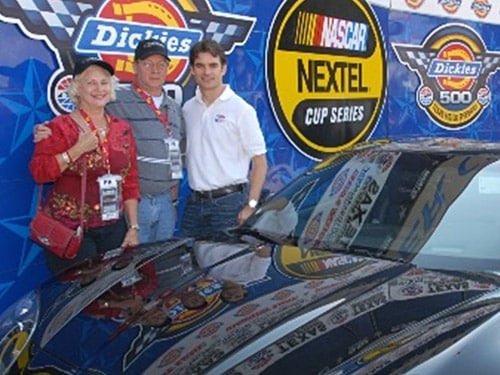 Bob Marian of Daphne, AL, bought his ticket after being inspired by the work of JGCF at Riley Hospital for Children, near his former hometown of Evansville, IN. The first year of the Corvette program, 75-year-old Norma Callis of Woodland, CA, was our winner. Norma didn’t have a driver’s license, so Jeff gave her husband the rundown. 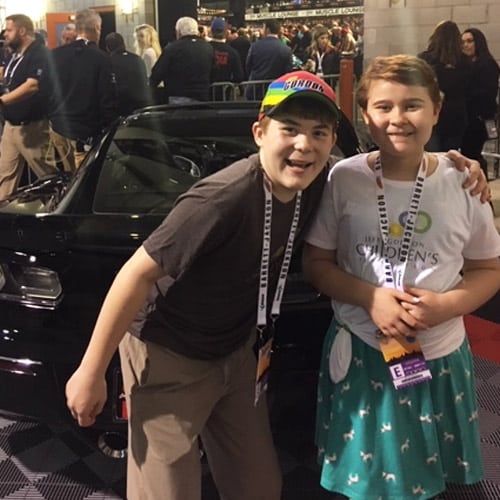 We met Lila in Phoenix, AZ, in January 2019 when she and her family agreed to be JGCF’s “childhood cancer ambassadors” at the renowned Barrett-Jackson auto auction. Jeff was there to sell his 2016 Corvette Z06 C7.R Special Edition to raise money for the Foundation, and Lila rode in style with Jeff right onto the auction stage. (Though she later pointed out that this wasn’t her first ride in a sleek, black sports car — she had already been taken for a spin in the Batmobile! We think even Jeff was impressed.)

Lila was diagnosed with Acute Lymphoblastic Leukemia (ALL) less than two years ago when she was 9 years old. While her journey hasn’t been easy for her or her family, “Team Lila” is thrilled to share that she is currently in the maintenance phase of her treatment with one more year to go.

“If I follow the rules with the pills my cure rate is 95%, so hopefully next March I will be done with treatment!” –Lila

Thanks to Lila, Jeff, and the unbelievable generosity of not one, but two bidders at Barrett-Jackson Scottsdale – Jeff’s 2016 Z06 generated a whopping $600,000 for childhood cancer research!

Lila’s right that ALL has a 95% cure rate, but it wasn’t always that way. In the 1950s leukemia was a death sentence for children. Most kids lived only eight weeks after being diagnosed and 99% percent of them died within a year. So how have we come so close to flipping the mortality rate into a survival rate within the span of an average lifetime? Dedicated researchers and physicians whose theories and studies were funded and advanced by people just like you.

That’s the power of your $100 Corvette ticket. And that’s the power of engaging a community in the race against what is still the No. 1 cause of death by disease for kids. Thankfully, Lila’s story will likely have a happy ending. But there are many more childhood cancers with much lower rates of survival, and at least one that no child has yet survived.

Your chance is their chance.